Should Sex Work Be Controversial? Londoners Make a Point Underground 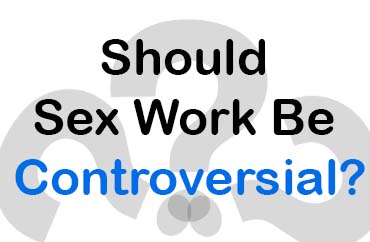 It’s safe to say that 2020 got off to a rocky start. The uncertainty going on throughout the world right now is unlike anything any current generation has ever seen before. Despite the hard times, the sex industry is still thriving like it always has.

However, even as we enter this new decade, the controversy surrounding sex work is more evident now than ever before. The rights that the workers have are next to non-existent, something that many of you will be very well aware of. However, many people fight for it on a traditional basis.

At the start of march, International women's Day once again took the world by storm. It was around this period that many people took to protesting for sex workers rights. Even though sex work itself is legal, the rights for the workers are continuously coming under scrutiny. There are many escorts all over the world that see their rights slip between the cracks, making their work significantly more difficult than it has to be.

You may have heard of the supposedly ‘controversial’ ad campaign that recently popped up on the London underground in an attempt to promote the decriminalisation of sex work. The campaign has seen some viral results on the Internet with many campaigners in support of the movement.

Just like protests occur in favour of the LGBTQ+ community, many people from London took to the underground in favour of sex workers and the decriminalisation of its nature.

These new posters appeared during the sex workers strike on International women’s day, 8th of March which occurred all over the world, and specifically in London. The movement is to call for all sex work to be a decriminalised for women’s safety in their job.

One journalist for inews, Frankie Miren said that the strike for the rights on sex workers will “draw attention to the fact that, although buying and selling sex is legal in England and Wales, most activities associated with the transaction are criminalised”.

She has further said “working together indoors is illegal, as is soliciting. Sex workers say being forced to work alone, in isolated areas, makes them more vulnerable to abuse.”

You may have seen several pictures and videos which were shared online by numerous different users. One user shared photos of the campaign alongside different images and demonstrations by activists advocating for the legitimacy of sex workers rights. 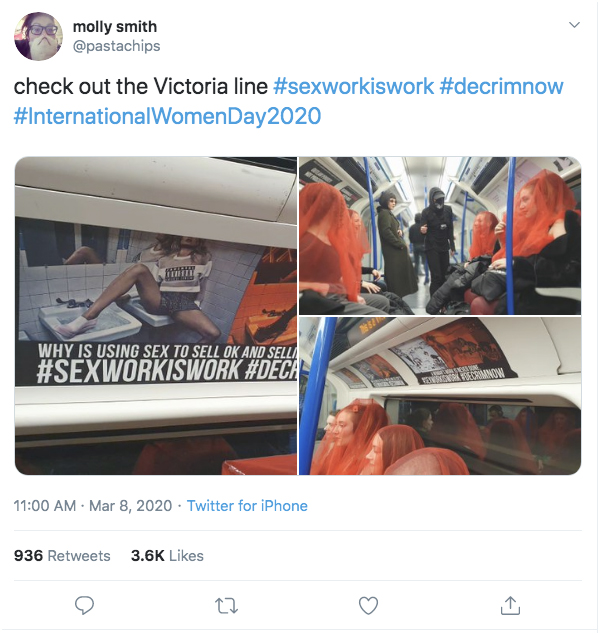 Many of the posters on the underground said “most sex workers are mothers supporting families. Outlaw poverty not prostitutes” and “Two-thirds of sex workers have suffered violence. Decriminalise sex work. Safety first.”

The movement for the decriminalisation of all sex work specifically highlights the need for workers and escorts to receive rights such as sick pay, pension pay and a guaranteed basic wages.

Looking over across the pond into America, we also saw a new exhibition has been promoted by the Open Society Foundation which was on view from the 10th-16th of March in New York City. in case you didn’t know, the whole point of the exhibition was to highlight the stereotypical stigmas and policies that have a negative knock-on effect on sex workers all across the globe. 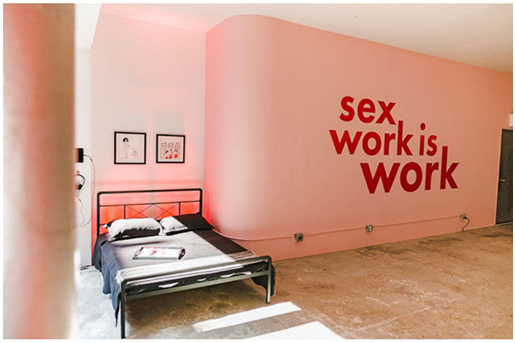 The exhibition showed over 20 global artists and their performances/art. This will see things such as photography, drawings and different material which explore the issues sex workers go through. Many of these issues include police violence, poverty and of course, their rights.

The stigma around sex work is then strengthened because of this. Not only does this not bode well for the industry however, but the sex workers themselves are also then put at risk. Their health and safety need to be considered massively in all of this.

“Sex work is often misunderstood, misrepresented and stigmatized in the United States and across the world. Criminalisation makes it difficult for sex workers to challenge exploitation and abuse—perpetuating stigma, violence and impunity. Through this exhibit, we are asking visitors to listen to the voices of sex workers, and question the perceptions and policies that hurt them.”

To conclude, I think we can all agree that the current state of sex work and the industry all around the world is (and always has been) a controversial one. For sex workers themselves, they want the freedom to do what they want as a career and earn a living through it. Everything is currently up in the air due to the outbreak of coronavirus stemming from China now though.

This leaves the future of sex work uncertain... at least for now. Many sex workers from countries across the globe will be questioning their profession as to whether it will be able to sustain a good quality of life financially as this pandemic rages on.

One thing that is certain is that the aforementioned protests are going to happen all over the world for many years to come. We haven’t seen the last of these demonstrations by a long shot which in many ways, is a good thing. Not only does it show resilience from the workers themselves, but the people that stick up for the industry and the workers too who should also be praised for their effort. Whether it’s in London or New York, there will always be people in favour of sex work and support it no matter what.

That is the key thing to take away from this article.

Whereas these demonstrations are a good thing, they shouldn’t need to happen in this day and age. This begs the question of where will the industry be in a decade time?

Top
WhatsApp Me
Request a Quote